Does God still give gifts of apostleship, prophecy, miracles, healing, discerning spirits, words of wisdom, words of knowledge, tongues and interpreting tongues to Christians today? Theologians and other 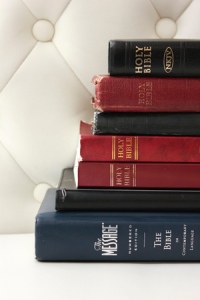 Christian experts frequently debate this subject. As a result, I decided to write a post about this question, not from an argumentative standpoint, but as a way to understand my own personal journey and remain grounded in the Scriptures. Over the years as I studied the Bible, examined the Greek, and witnessed God’s hand in my life and the lives of others, my thoughts about the existence and use of miraculous gifts has shifted.

Early in my Christian journey, I regularly dreamed of real events involving friends and family which had not yet occurred. These dreams were so startling they prompted me to engage and encourage the person I had dreamt about. As I interacted with friends about what was happening to me, I quickly learned these gifts were not considered “normal” within my Christian social circles. As a result, for many years I ignored these gifts which I often called “curses” because I did not understand them. I usually kept them to myself. At the time, I was very young, and I didn’t understand what those gifts are, why they happen, and from whom they are given (1 Corinthians 12:11).

As the years passed, I saw spiritual abuse by people within other denominations who claimed to have gifts like mine, using it as a gimmick to get money from gullible people. It became easy to distance myself from those false prophets. I already wanted nothing to do with my gifts and primarily went to churches that believed in cessationism, meaning the miraculous gifts ceased with the 12 Apostles. I convinced myself, despite my own experiences, that all people claiming to operate in the miraculous were frauds and fakes or they were fooling themselves.

More years passed. I knew doctrine. I knew Jesus saved me, but my spiritual life was stunted and without power for various reasons. Life was often distracting and difficult at times. God was real, but I didn’t see Him actively moving in my life; and at the time, I so desperately needed Him to show up.

Then the year 2012 happened. That was the year God encountered me and everything changed. He used a tiny prayer room, Spirit-filled Christians from different denominations, and the wife of the minister to physically heal me from an anxiety disorder that I had suffered from my whole life. I was healed in an instant, and my life transformed forever because God heard the prayers of Brothers and Sisters that night.

As I walked through the days and weeks that followed, the transformation in my life became more evident. I wanted others to know what Jesus did for me. Most of all, I wanted other people to be free. If he did it for me, I knew he’d do it again for someone else. However, as soon as I shared my testimony, I met familiar resistance. Many people around me didn’t know what to think of my story. Some try to argue that God didn’t use that night to heal me, but it was tough to disagree that I was not the same person. What really happened to me?

Soon after being healed, I moved to a non-denominational, charismatic church and witnessed believers and non-believers become healed from cancer, injuries, mental oppression, and illnesses. I also met other

Christians who prophetically dreamed like me. Suddenly I was normal and ordinary which was comforting.

Experiences are great, but they can be deceiving. I appreciate them because they provide valuable perspective, but what do the Scriptures say about the miraculous gifts? The best answer I can give you is “read your Bible.” His Word is my litmus test. To settle the issue in my own heart once and for all, I researched many verses and dissected them in their original Greek. Some of the verses I reviewed were:

I hope the verses above help you come to your own conclusions, because after all the research I’ve done, I have decided the answer to whether or not God still regularly gives these gifts is not definitive. Phrases like “prophecy and speaking in unknown languages and special knowledge will become useless…but when the time of perfection comes, these things will become useless” (1 Corinthians 13:8-10, emphasis added) and “[Miraculous gifts] will continue until we all come into such unity in our faith…” (Ephesians 4:11-13, emphasis added) are not easily discernible. What is the “time of perfection” and “unity in our faith”? Do these passages refer to Jesus when He walked among us, or maybe they refer to when we die and we’re united with Christ? There aren’t clear answers to these questions, and the Greek fails to define these verses in enough detail. And what do the experts say? That answer also varies depending on whom you ask. What now?

At this point, I pray. I ask God for wisdom. I ask Him for discernment. I examine my experiences with a critical eye. I ask myself if those experiences have been tested or can be tested (1 John 4:1-3). Do the experiences proclaim the Gospel and point to Jesus, or do they simply exalt a person? If they do not point to Jesus, they are not from the Lord.

No matter what stance you take on this issue, it’s not the primary focus of our lives. That designation is reserved for Jesus alone. I hope this post encourages you on your faith journey.