“Everyone wants the promise, but no one wants to be pruned.” – Kris Vallotton

The journey of life is full of new beginnings, unexpected turns, and course resetting. Often times, when we feel like we’ve arrived, a new change shakes us or grows us. Many times, this process is painful but necessary for maturity. 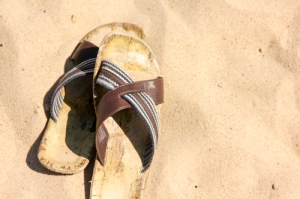 I have experienced many of my own twists and turns throughout my life journey; but through it all, God has been with me, guiding my steps and whispering reassurance to my heart along the way. You can read about my testimony and God’s goodness through my life struggles on my About Me page.

Earlier this year, I found myself at an unexpected crossroads in my career and life in general. I call it “unexpected” because I had known for years that God’s will for my life was to remain within my place of employment where I had been for the last 15 years in different positions. He confirmed His will for me to remain where I was many times by providing opportunities for me to minister to others through love and encouragement. He gave me moments to share His love and His nature with the lost, hurting, and broken. He gave me lifelong friendships for encouragement, correction, and growth. He even used my workplace to bless me with a husband who is the love of my life.

Amid the blessings were also job struggles and pains associated with maturing and disappointments along the way. In many ways, I believed my place of employment was my long-term “Promised Land” because it was where God had sent me. But then it happened — change.

Sometimes, the change in course is obvious, but sometimes it isn’t. In many previous crossroad situations, the choice was often not obvious; but in this particular case, there was no mistaking it.

Months earlier, I began to feel a deep stirring of the Spirit, nudging me and telling me it was a season of change. It was time to move. To be honest, I wasn’t excited. I know I should say I was giddy with anticipation about the prospect of moving on to a new adventure, but I wasn’t. I was finally feeling settled and comfortable in the position in which I had been placed. It certainly had its challenges and issues. In fact, there was a storm going on in that area of my life; however, I assumed it was one of those issues that would eventually get better. Plus, I knew I would give up many blessings to change careers — daily interactions with amazing friends, a position that gave me direct access to the organization’s decision-makers, and knowing how my role fits into the organization. But my heart became restless and many nights were sleepless.

I realized the first day I felt the tug of the Spirit on my soul that God was also giving me a choice. Although He told me it was time to change course, I also felt Him telling me I could remain where I was and He would bless me and others for His Kingdom’s purposes. However, I knew if I moved, it was the best choice that He had for my life. Even so, it was not an easy decision.

I asked God, “Where will you move me? Where do you want me to go?” When I didn’t receive an answer, I prayed and waited.

Although I really hate change and my stomach was quite unsettled, I answered one morning, “I am willing to go wherever you called me.” In that moment of submission, I felt like God was saying to me through unspoken words to my heart, “Understand there will be a sacrifice; but if you lean on me and relinquish control, I will give you new coordinates for your life and career. I know you’ve dreamed for many years about a specific type of job. If you go where I’m asking you to go, your dream will be realized. But it won’t be without a cost. Spiritual growth and trust in me will be necessary to see it through to the end.”

When I asked God what the path ahead would look like, desperately wanting a roadmap to make the process less intimidating, I felt like He was telling me it would look nothing like what I could anticipate, and I wouldn’t know all the answers until the end. But He knew. I just had to trust Him. As I considered the terms, I took a deep breath and watched as my season of change was set in motion.

The trust aspect became the greatest trial I faced. There were plenty of twists and turns and lots of confusion like a complex maze, just as God had warned. The process of moving took much longer than I thought it would. Patience is still an area in which God is constantly teaching and correcting me. Several days, weeks, and months passed before the process was complete. Also, there were multiple interviews at different places. When something appeared to be working out, it suddenly fell through, and I really didn’t know what or where to go until the last minute. Even after I arrived in my new workplace, I was in constant transition and helping in a couple different areas for several weeks. Although I struggled and change was hard, God was faithful and kept His promises, and I suddenly found myself with options to go into the field I love.

“Almost there! Just keep going!” I would tell myself. Some days, I said it to myself through tears. Did I mention change is hard? Sometimes, I wondered if I’d be in the Wilderness forever. For a restless heart, sometimes the waiting period can feel that way. It can be easy to lose your way and lose hope if you take your eyes off of Christ and focus on all the uncertainties. But God kept every word of the promises He gave me.

People often think of the Wilderness as punishment. They think of the Israelites wandering in the desolation for 40 years. Instead, it is usually a time of testing and trials intended to grow and strengthen us. It is a time of preparation for our next life chapter which requires more than previous situations had demanded. Wilderness moments, although sometimes extremely lonely and discouraging, is never without God’s grace (Mark 1:13). For me, the greatest experiences and often the closest I have felt to God occurred during my Wilderness moments. It makes the life struggles worth the perseverance when we see God move miraculous ways.

If you find yourself in your own Wilderness experience, take heart! You are not forgotten. God is preparing you for your next adventure. He’s giving you an opportunity to see Him move and to mature spiritually. You will see He is faithful, and you will eventually reach the end and discover your Promised Land.

May God’s peace, love, and joy accompany you along your life’s journey.